A Visit in Old Rauma

Places to Visit in Old Rauma

Old Rauma is not just wooden house idyll and lovely pedestrian street. Everyone can find something for themselves among several attractions, museums, artist workrooms and galleries, and lovely small boutiques. 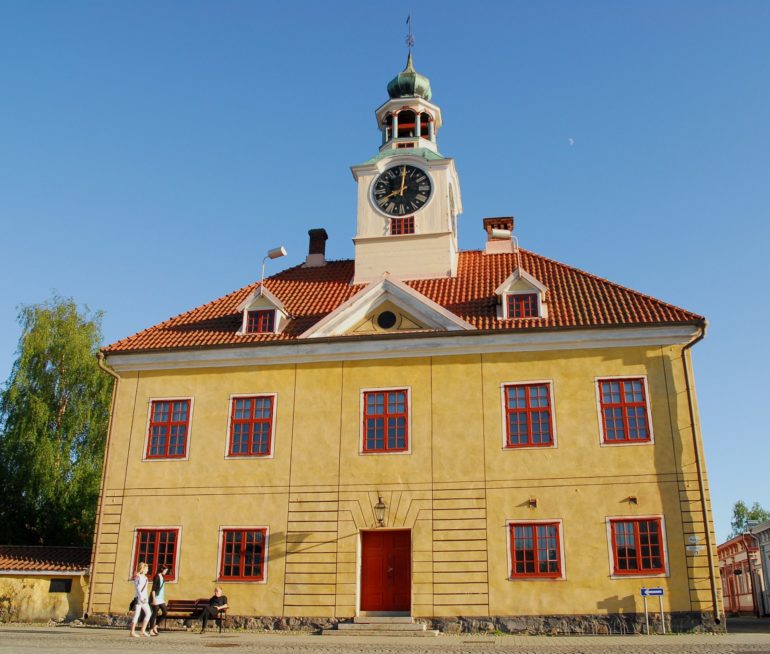 In the middle of Old Rauma, by the Market square, stands a grand yellow Old Town Hall. It was built in 1776 and now serves as a museum. The Old Town Hall represents mainly baroque type, but the basic form of the building, two-storey town hall with a tower, is known already from the medieval cities. In the museum, there are bobbin lace-making equiment on display and changing exhibitions.

At the Old Town Hall, there is also a museum shop Kistupuad where you can find the most wonderful souvenirs. 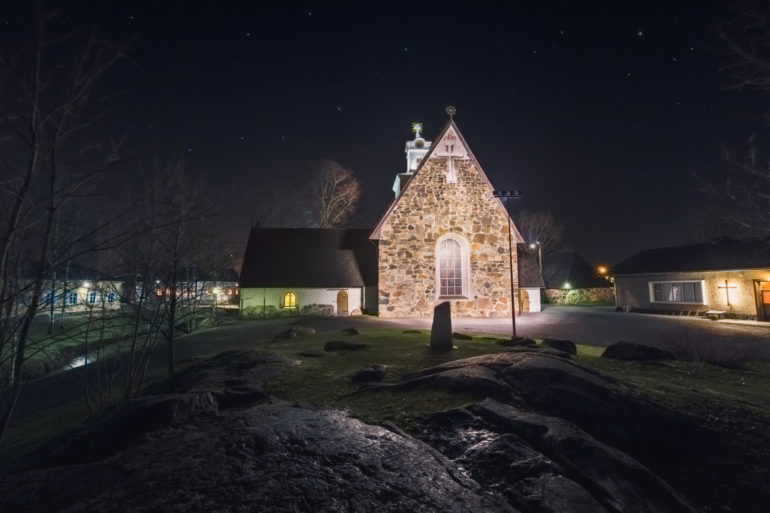 In Old Rauma, there are also the ruins of the Church of the Holy Trinity. The church was built in the 15th century and it was destroyed in a fire in 1640.

Are you interested in the ancestors’ life in Old Rauma? There are surprisingly many houses in Old Rauma which are full of stories and traces from the everyday life of the past generations. 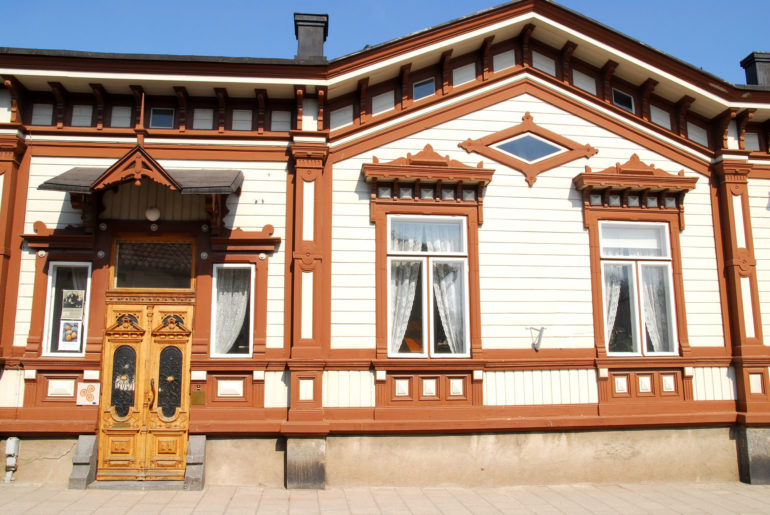 Shipowner’s home Marela is a home museum of merchant and shipowner families. The exterior of the main building was renovated in Neo Renaissance style in the late 19th century. At the time the house was owned by Gabriel Grandlund, a leading tradesman. Its decorative tile stoves, doors, panelwork and murals on the ceilings reveal the wealth of its former residents. The interior reflects the lifestyle of an old shipowner family. 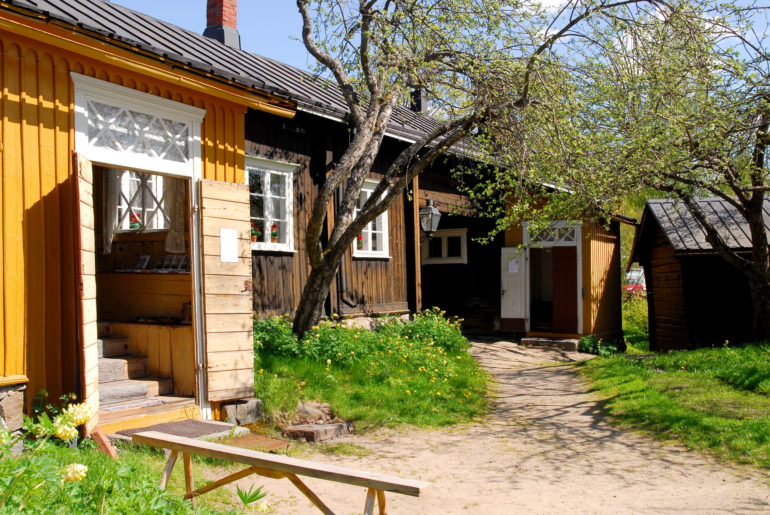 Sailor’s home Kirsti and its courtyard area are representative of construction in the 18th century and in the early 19th century. Over the course of history, the house has been owned by sailors, workers and craftsmen. Before becoming a museum in the 1970s, it was owned by the same family for 200 years. The museum exhibits the lifestyles of  house owners and tenant families in the 20th century. Kirsti museum is open in summer.

Between Kuninkaankatu and Kauppakatu there is a road called Kitukränn which is said to be the narrowest road in Finland. Along the road there is an old prohibitory sign written in German type.

If you want to know even better the history of the Old Rauma houses, see more information (in Finnish).

Would you like to break away from the everyday life and experience some high culture?

Rauma Art Museum was founded in 1970. The two-storey stone building Pinnala, where the museum is situated, is the oldest private stone house in Rauma and it was completed in 1795.

In addition to the changing exhibitions, there is valuable donation collection of Eino Valtonen (1890–1925), Alfred Kordelin’s nephew, on display at the museum. The collection has art from the Finnish golden age of art, such as paintings of Akseli Gallen-Kallela and Elin Danielson-Gambog.

The museum has intenational and national exhibitions, but it also showcases, studies and stores art from Rauma. The cosy museum courtyard with its storehouses and undercrofts offers visitors also other interesting events and exhibitions, for example during Lace Week and Blue Sea Film Festival.

In Old Rauma there are also many interesting artist workrooms and ateliers. For example, Kerttu Horila, Eila Minkkinen, and Kirsi Backmann have workrooms in the area. Especially in Hauenguono area where the two main streets of Old Rauma; Kauppakatu and Kuninkaankatu, come together, there are many artist workrooms. See more information about art galleries and workrooms (visitrauma.fi). 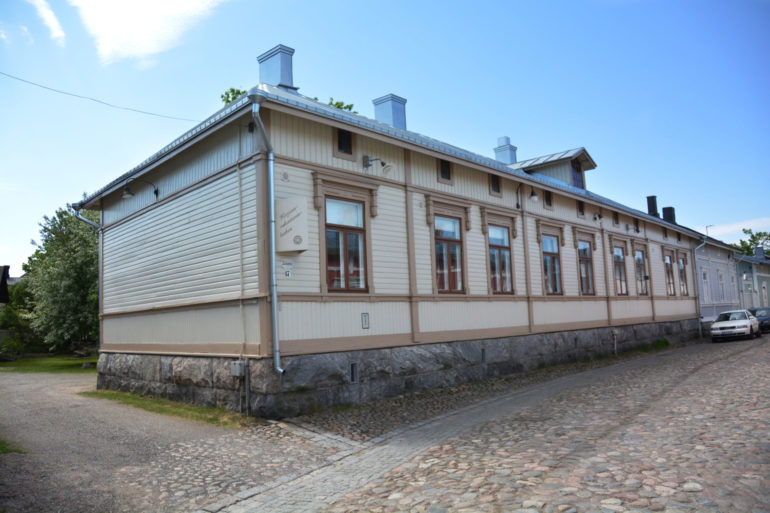 Close to Old Rauma, there is also Rauma’s water tower from where you can see the whole city centre. At the top of the tower there is a restaurant Rauman Torni where you can enjoy your food with magnificent views. 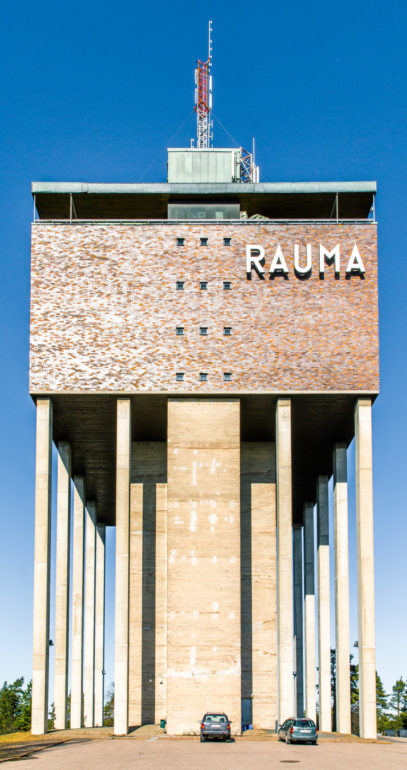